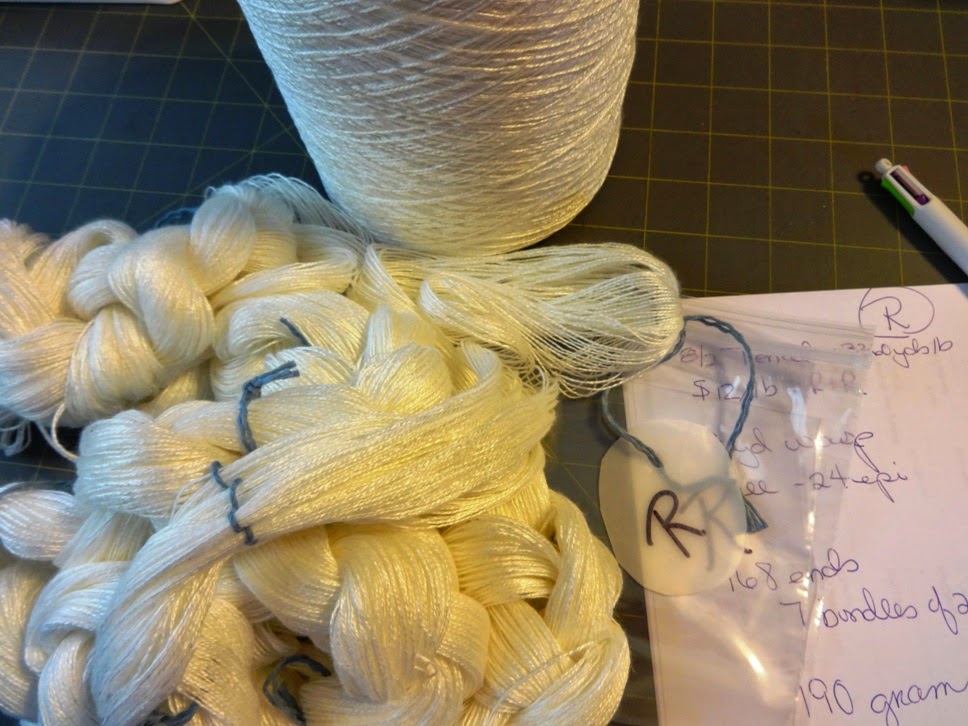 Since it's too danged hot to be outside dyeing I'm inside winding warps to paint/dye. So far some in 2 different sizes of silk and some tencel. I do at least an 8 yard warp for 3 scarves (or I may add solids to it to make it wider for shawls) - after it's wound and I tie it off enough so it won't get tangled in the dyeing/rinsing process I label it and put it in a ziplock bag with all the info on that warp. I don't buy milk in the plastic jugs anymore but when I did I cut them all into pieces to use as markers for each warp - they're all lettered, they stand up to the dyeing process. After all the dyeing is finished I can match up the warps with the written details on them. Some warps are just one warp but more often than not there are at least 2 warps for a project that will get dyed differently. 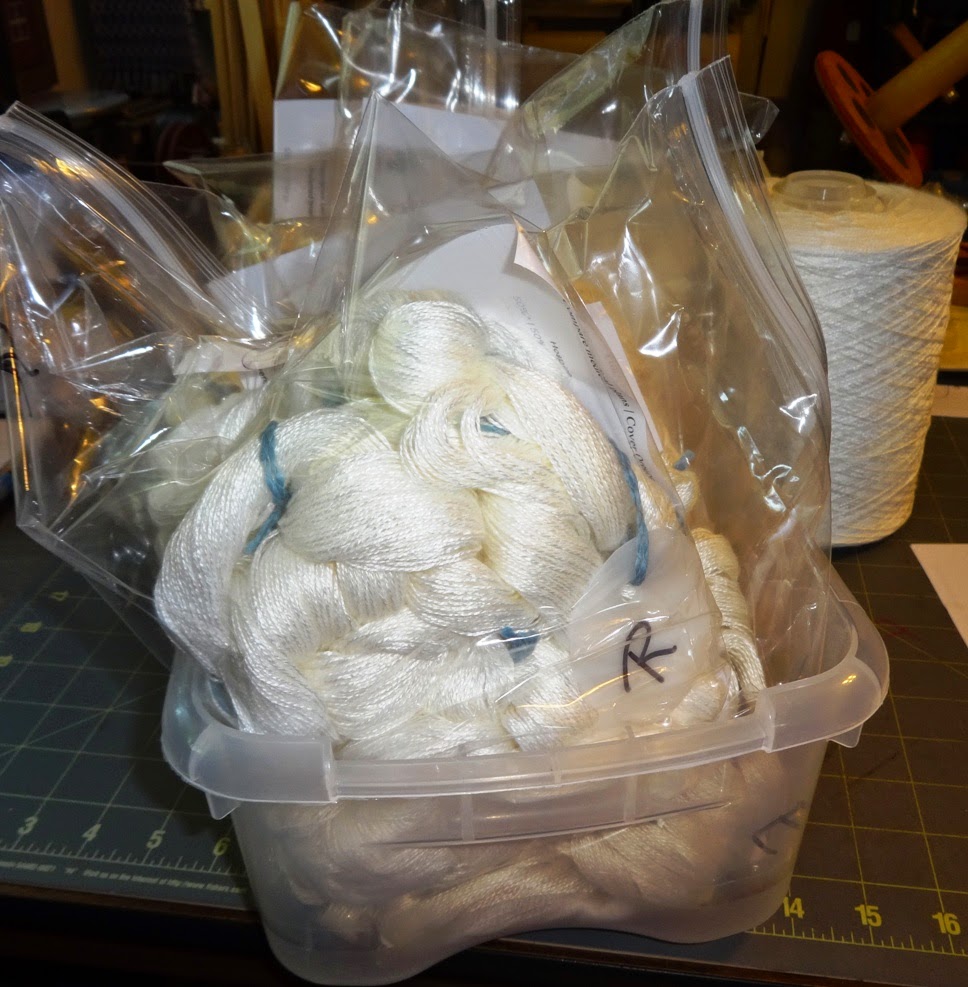 Here they are getting piled into a plastic container waiting for the temps to come down just a bit so I can be outside dyeing.....think I'm going to need to get a bigger plastic container out of the closet as I plan on winding many more.

Fire season - it just doesn't let up. I thought a copter was landing on our property this morning it was so loud......but once it got right over us it climbed in elevation....it did not have a bucket, was heading south. Thunderstorms again yesterday with lots of dry lightning, many fires started. Once again those of us on the far west of the valley missed them - phew. But there are fires near friends of mine in the Applegate, one person's road is even on a level 1 evacuation alert. There was a small fire around 2 blocks distance from where we used to live. They've really jumped on these fires, hopefully none of them will get very big. The wind has picked up this afternoon, never a good thing.  So, latest reports I'm reading and hearing on the news is that fire season may go into November - ACK - I'm not prepared for that, my countdown is 6-7 more weeks. They'll have to cart me off in a straight jacket if it goes into November........already we're all living like we're waiting for the other shoe to drop. Too bad all the flooding rains elsewhere in the country couldn't be spread out a bit more and hit us.