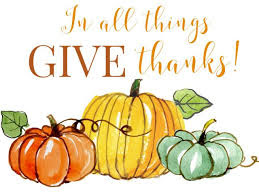 Posted by Cindie at 8:51 AM No comments: 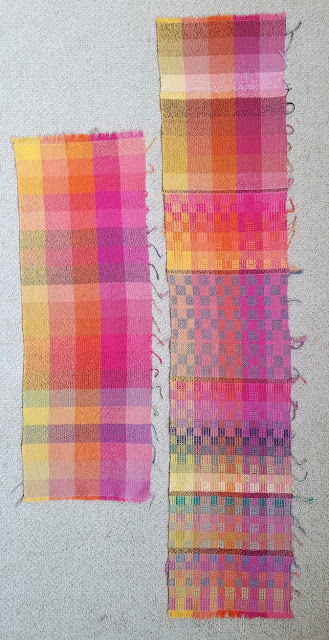 These are samples from the Color Confidence workshop with Sarah Jackson. Each participant, 19 of us, had been given a warp ahead of time to get on the loom, all of them had 5 different colored stripes. Mine was yellow, light orange, orange, hot pink and pink. Some of these samples are plain weave, some are summer and winter.

We looked at and discussed everyone's samples - it was quite interesting to see weft colors chosen and those that were successful, those that were not. In my sample I really like the summer and winter samples on the bottom quarter of my right hand sample. There were colors I would have never considered using with these warp colors that turned out very successful.  I'll be using this knowledge in future weaving.

I don't weave with orange often, I've got around 6 pounds of 2 different shades of orange in 8/2 cotton that I can now see as towels using some what might be called unusual weft colors but I now know will turn out quite interesting.  I already had a towel warp planned using 3 shades of seaglass greens, I may now try different wefts than I had already thought about. Hoping to get to this project next week.

I wish I had gotten photos of everyone else's warps as there were some incredible color combinations in them. I think we're going to use our samples in an exhibit at the library early next year so I'll have a chance to get photos then.

We also worked on wraps where we took photos and made yarn wraps around cardstock using 5 colors out of those photos. These were great color exercises. I totally enjoyed Sarah Jackson as an instructor, she did a great job even with the horrible cold she had.